Historic Site; the Olympic Grounds from 1909, during the Nazi-organized Olympic Games of 1936, until the 2006 World Cup of Soccer.

The exhibition shown so far has been dismantled due to extensive renovation work on the Maifeld grandstand and is unfortunately no longer accessible. A new exhibition is to return from 2025 in an expanded form as a "sports museum".

The exhibition is sponsored by the German Historical Museum with financial support from the Federal Commissioner for Cultural and Media Affairs.

The documentary exhibition offers information in both the English and German languages about the various phases of the construction and current use of the Langemarckhalle. Located at the foot of the Bell Tower, the exposition offers visitors and tourists highly interesting historical information about the use and the history of the Langemarckhalle; an integral part of the Olympic Stadium grounds. 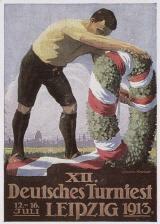 Part 1: Depicts the early beginnings of the German gymnastics movement during the Nineteenth century. The sports movement, which originated in Great Britain, was used by the Nazi propaganda machine as a Germanic cultural invention, and later served as the foundation of the synchronized Nazi sports culture. 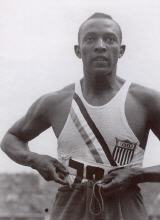 Part two: Focuses on the early use of the Olympic grounds beginning in 1919, and their extension during the Nazi era, which culminated in the 1936 Olympic Games. It also illustrates how important the effective staging of the games was for propagating the myth of Hitler's new, peaceful, and tolerant Germany, in order to manipulate the masses and the world media. 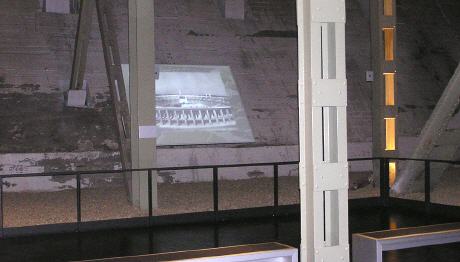 Part three: Depicts the various stages of construction. The main feature of this section is a 3D animation film, showing the various stages of the construction, extension, and modification of the Olympic grounds, conceptualized and supervised by architect Werner March from 1934 until 1936. The goal was to stage the most spectacular Olympics in history, showcasing the 1936 Games as a shining example of the effective and successful politics of National Socialism..

Part four: Focuses on the use of the grounds from its early beginnings to the present day. The site united sporting facilities with the Mayfield, intended for mass rallies, and the Langemarckhalle, dedicated to the hero cult, and in remembrance of the fallen young men during WW1. The Olympic Stadium today hosts two major sporting events: The xInternational Stadium Festivalx (ISTAF), and the German Football League Final, which attract hundreds of thousands of visitors and fans every year. 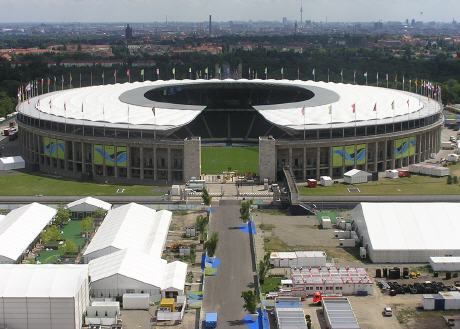 Part five: Documents the origins and history of the WW1 Langemarck battle myth. One of the early WW1 battles, Nazi propaganda depicted the bloody battle as a heroic and willing sacrifice of life and limb for the sake of the Fatherland. 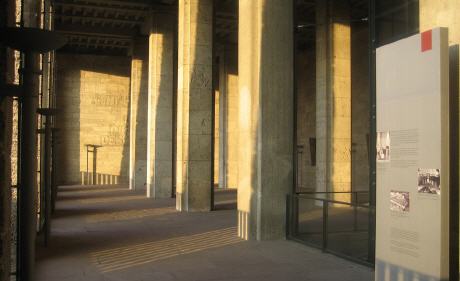 A film with mostly hitherto unknown material from Hitler's Germany can be viewed for additional information. The late Journalist Reinhard Appel moderates the film. His experiences during his youth, as one of the spectators of the 1936 Olympic Games, and as a Hitler Youth stationed at the Reichssportfeld during the last days of the war, are representative of the experiences of an entire generation. 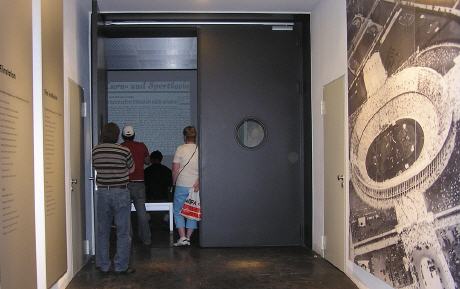